James is the current coach of the team, the one who writes the announcements, the man who is currently writing this bio, the dungeon master, the language guy, the Shakespeare guy, and many more. He is a fellow of many hats, and indeed can often be seen wearing many, many hats. He has been described as "????" and "!!!!" in equal measure. His specialities include misspelling the word "specialties", putting commas in the wrong places after quotation marks, and writing good concluding statements. He is not that great at Big Booty.

Fiona is the sweetest, the smilingest, and the involvedest of everyone on the team. When she's not out saving the environment, crushing the patriarchy, or searching for the meaning of life, Fiona likes to unwind by pretending to be a wall or a door and just standing motionless for hours on end. She's pretty good at it too, it's spooky. What's that behind you? Is it a wall? Or could it be Fiona in disguise? She is pretty good at Big Booty.

Matt is eternal. Matt is forever. What is Matt? Better to ask "Mhat is Watt?" No one knows, he is an enigma. Produced from a long line of hacky-sacking improvisatori, Matt is the tallest member of the team. It's really funny when he and April are side-by-side in the team huddle. Matt is good at Big Booty.

April joined the team just this year after many years at Ernestown Secondary School, where she was also the shortest member of the team. April's hobbies include being lifted and offering to give people lifts in her very stylish and fancy car.

What a nice car, April, good job.
(April is rather good at Big Booty.)

"And she shall come from the heavens and grace us with her Grace, and her radiance will be seen to the great Himalay and all shall tremble."

Beth is the youngest member of the team and she is so great to have. She is super great, and her greatest ambition is to amass an army of mice to wage war against the tyranny which we experience every day at the hands of the despotic tree-overlords. Thank you Beth, you fight the good fight.

After a brief tour with the Grant Wood Painting-Reenactment Society, Liam joined the team under mysterious circumstances. For the longest time we couldn't figure out who this mysterious and ominous and handsome figure was that would follow the team around all the time, constantly lurking just out of sight. Only recently did he reveal to us his true form and now he is a valued member of the team, whether as noble adventurer or sleezy doctor with five-o'clock shadow.

"[We're] about as tough as an almond. You can only crack [us] with your teeth." 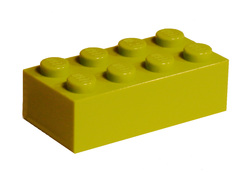 ALL HAIL. Emma-Jane is the staff supervisor for the KCVI Improv team-- that is, when she's not working as a professional Super Nice Person. She is the one who orders the pizza, the one who plays the Otamatone, the one who gives us suggestions, and she has had it up to here with "Journey" (we all have, Emma-Jane, it's okay). She is generally pretty okay at Big Booty. 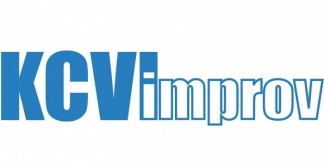